Once we had Santosha back in the slip, I re-checked all of the fresh water pipes and through hulls. After we refilled the water tank I still could spot any leaks. I did find that my fresh water pump had blown, which kinda sucked.

So assuming that it must have been the stern gland we set out with Pearce and a couple of his friends for a quick overnight trip to the Corrotoman River a three hour sail from Urbanna. 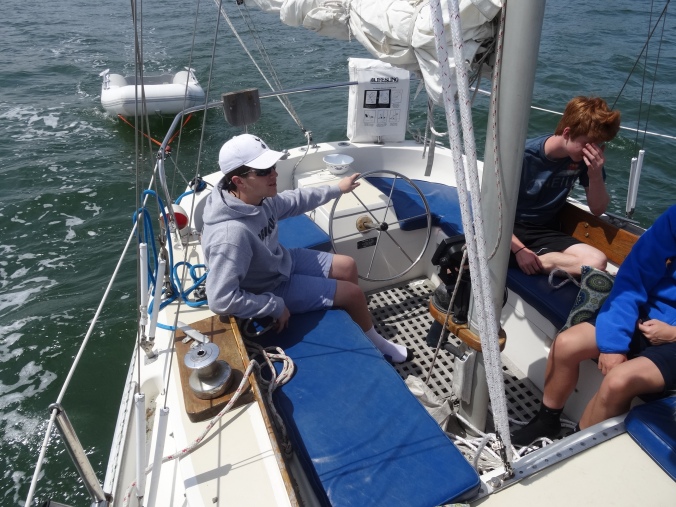 The Forecast was 10-15 from the south east which meant tacking to Towles Point and a nice beam reach up the river.

The Rappahannock River often defies the forecast due to the reletivley high shoreline and today was an epic example. We motored out of Urbanna Creek with a good 10 mph wind coming from the forecast south east direction, I taught the boys how to raise the sails and then the wind petered out to a dead calm… We tacked back southwards but the tide just kept pushing us back up river.

Santosha is an Allied Seawind 32 and weighs a hefty 15,000 lbs before you add food for three fifteen year old boys, and whilst she has an unexpected turn of speed off the wind, light airs beating to windward is not her thing so on with the motor.

By this time the boys had gone for naps below so it was just Mojo and I, the wind eventually picked up and we had a nice beat down the river. 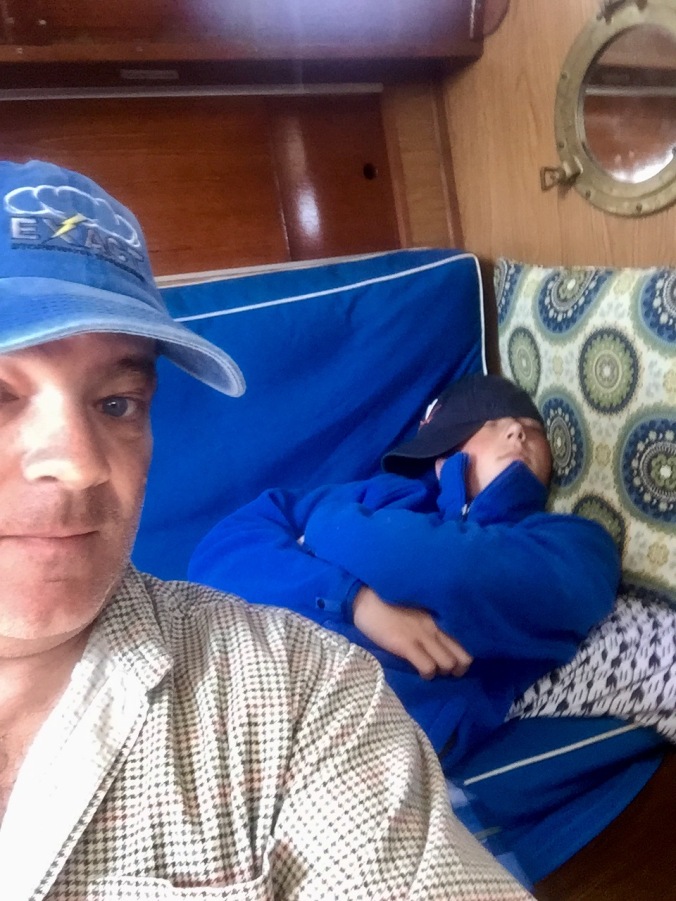 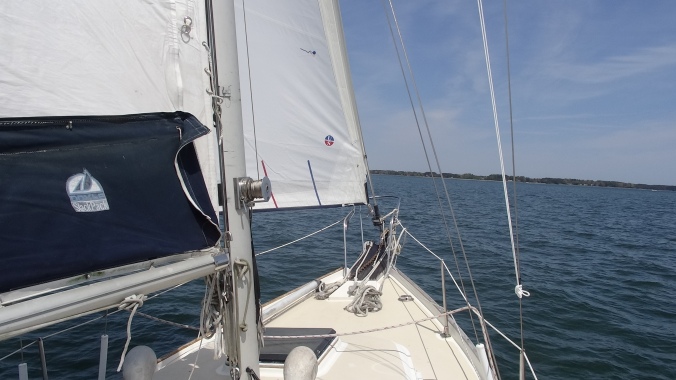 Light Winds on the Rappahannock 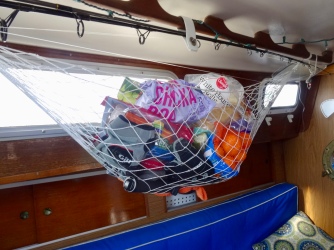 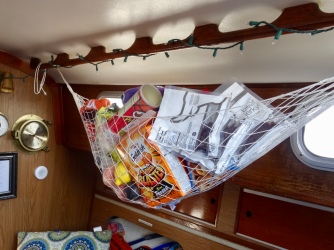 As we bore away up the Corrottoman we hit a steady six knots until we were at the red number one marking the bar at the mouth then the wind hit us right on the nose!

I took down the sails and motored up the river. We anchored up on the eastern branch and dinghy in to the beach, Mojo had to pee…. 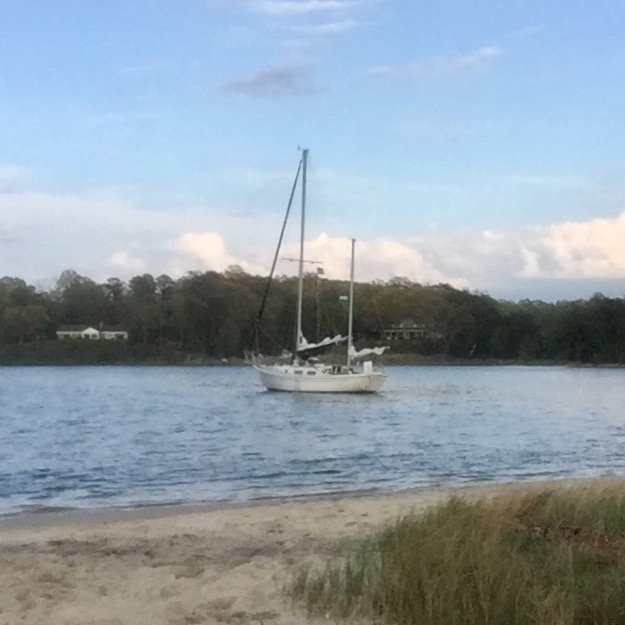 After the boys went exploring we packed a cooler for a beach cookout, 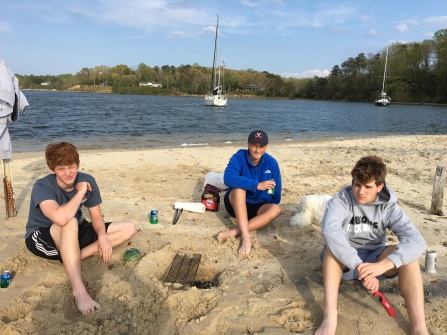 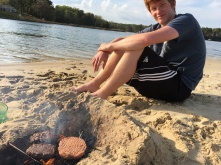 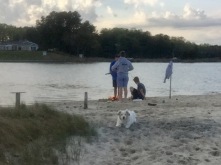 Then we crashed pretty early, the temp got down to about 40 degrees and I was sleeping in the cockpit so I was glad to have my 20 degree mummy bag… 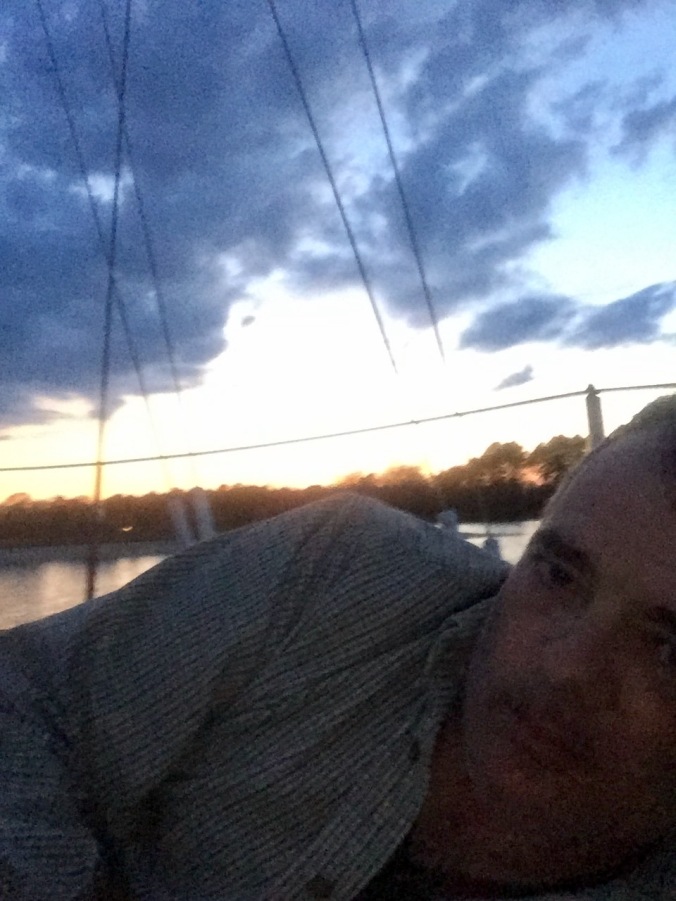 Though it was a beautiful sunset. 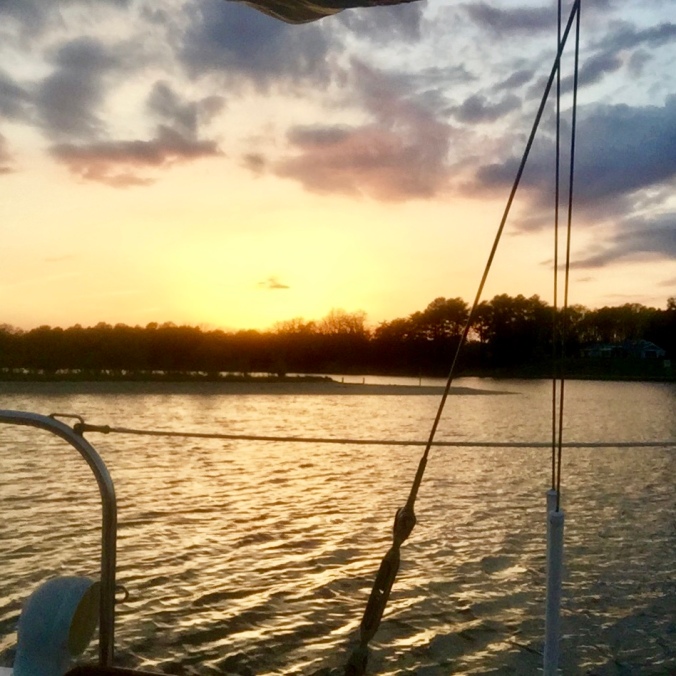 In the morning I was awoken by the local watermen. Then I took Mojo out for a walk before fixing some food and heading back to Urbanna. 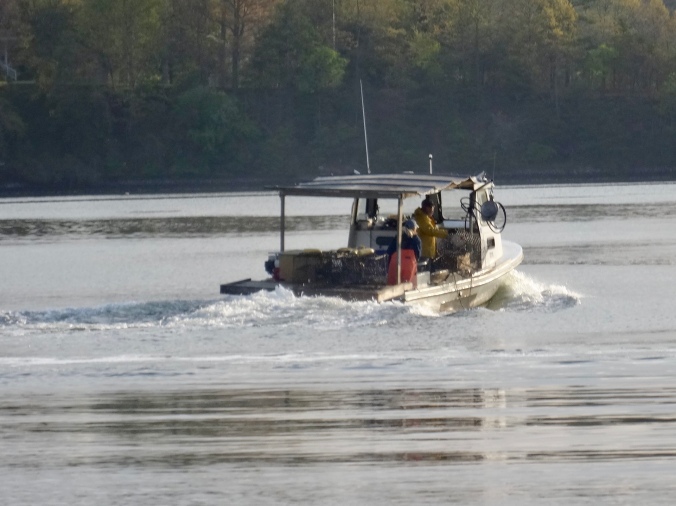 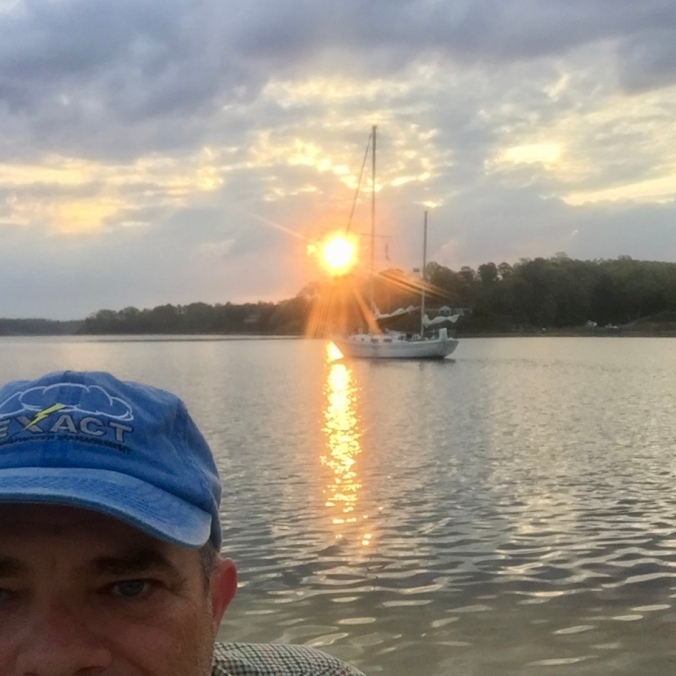 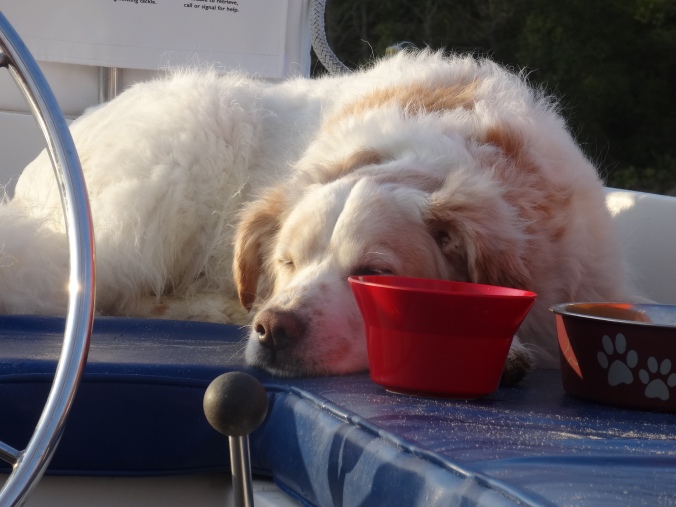 Mojo was flat out beat by this point, he couldn’t even stay awake enough to finish his breakfast.

The river was flat calm on the way back so we motored through the glassy flat calm. I did  notice the previous day that the auto switch on my bilge pump was busted but motoring for three hours made it very clear that we were taking way too much water in through the stern gland, so that had to be taken care of when we returned. 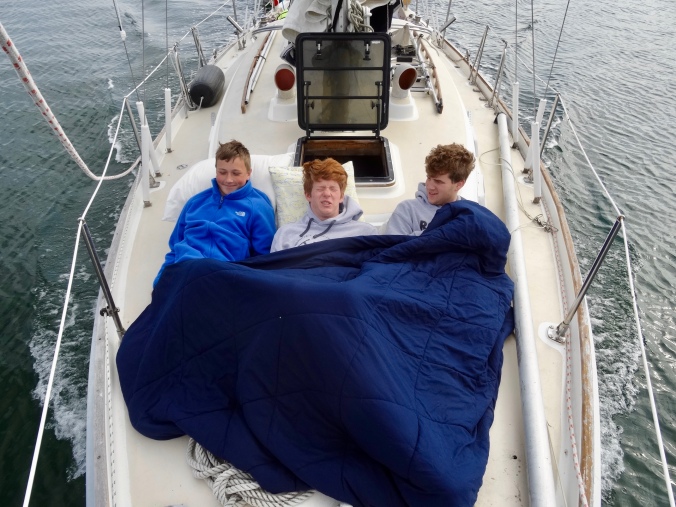 I made the boys get up for the ride home. 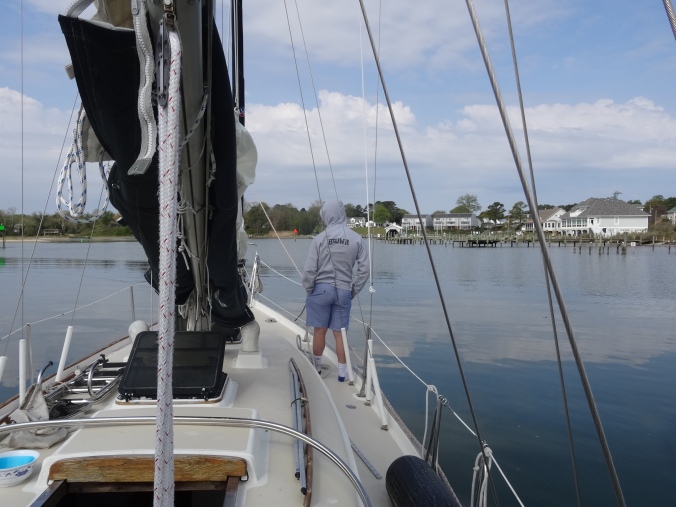 All in all a great shakedown cruise, I installed a new float switch and tightened the stern gland when we got back.

I still had to figure out why my bilges were full when we put her back in, once I get the new water pump back in I will check for fresh water leaks. 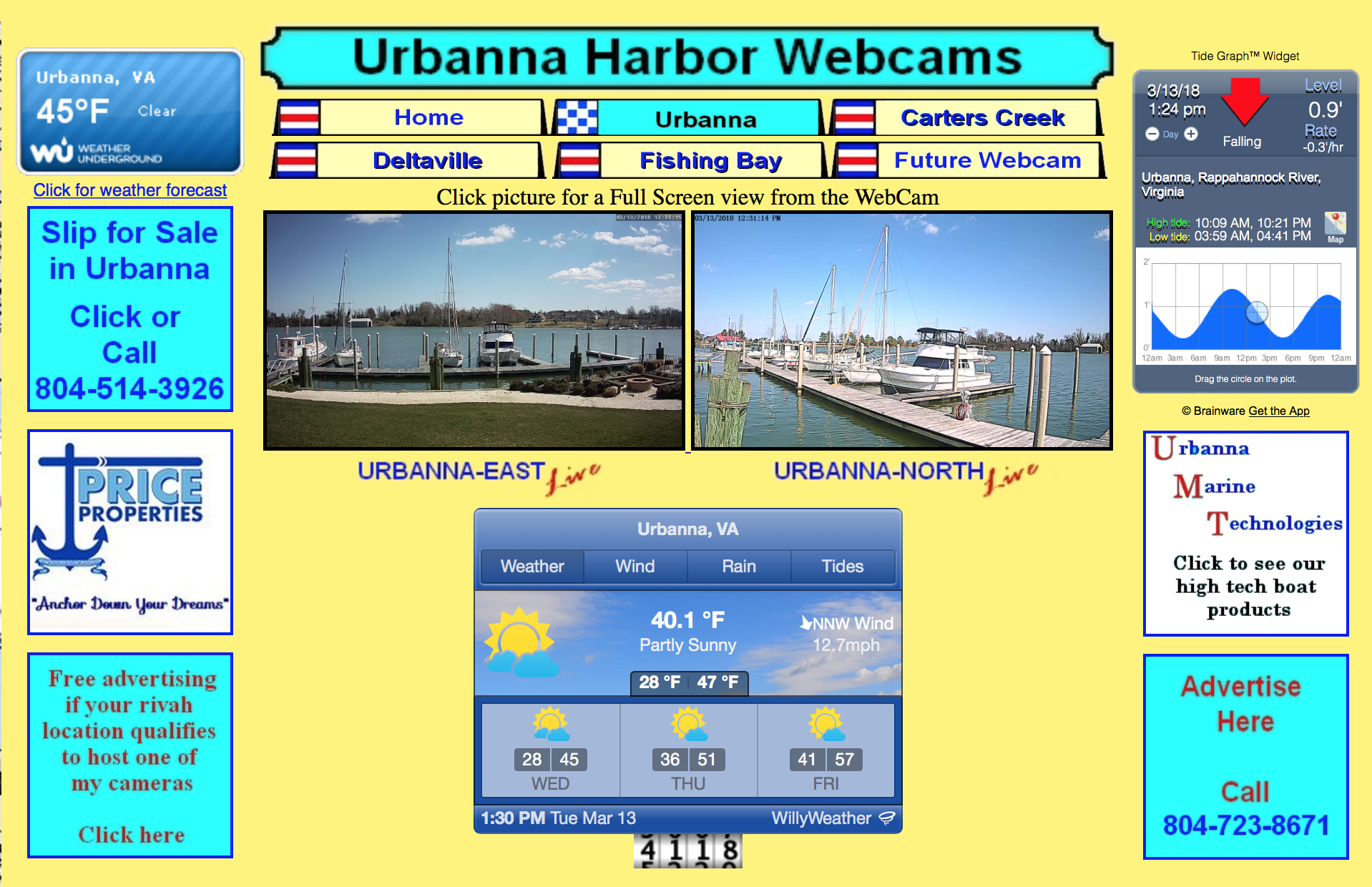